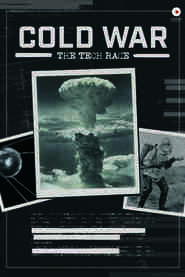 The decades during the Cold War were one thing above all: a race between scientists. Researchers, engineers and experts from the USA and the Soviet Union not only drove the space program, but also experimented in the fields of atomic energy, weapons technology and meteorology. The documentary highlights the technological advances from 1947-1991 in four episodes.