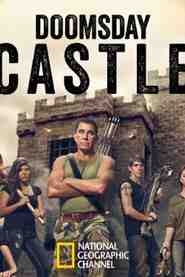 Doomsday Castle is a reality television series on National Geographic Channel, showing the lives of Brenton Bruns and his 10 children preparing for the end of the world, in a castle he has built in South Carolina.

Bruns says he built a castle to survive an electromagnetic pulse, since a castle can survive without electricity and defend against marauders. It started as a bunker in 1999, and is continuously being added to.

Bruns states that his property is covered with booby traps, and his neighbors are serious preppers with lots of guns.

Bruns and his castle was originally featured on the Doomsday Preppers episode No Such Thing as a Fair Fight.