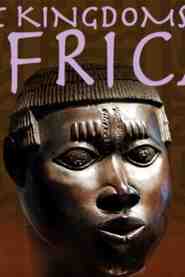 Lost Kingdoms of Africa is a British television documentary series. It is produced by the BBC. It describes the pre-colonial history of Africa. The series is narrated by Dr. Gus Casely-Hayford.

The series was originally commissoned as part of the Wonderful Africa Season on BBC Four in the lead up to the 2010 World Cup.