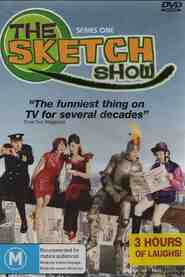 The Sketch Show is a British television sketch comedy programme, featuring many leading British comedians. It aired on ITV between 2001 and 2004. Despite the first series winning a BAFTA award, the second series was cancelled due to poor viewing figures. Lee Mack states in his autobrography “Mack The Life” that the final two episodes have never been broadcast.

A short-lived spinoff of the same title was produced in the United States. Similarly to the UK version, the final two episodes were never broadcast.