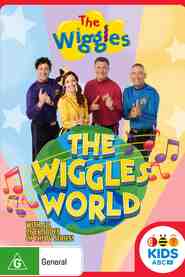 New adventures from the world’s number one children’s act. Beloved children’s entertainers The Wiggles are back with a brand new, super-sized series featuring new faces, songs and locations! This series will debut ‘The Cartoon Wiggles’ with six animated music videos, and will introduce new performances including Le James Café and Lachy’s Curly World as well as visit old favourites, such as Emma’s Bow Room. Shirley Shawn the Unicorn makes her first ever appearance, and special guests include Broadway star James Harkness (Ain’t Too Proud) and Paul Knobloch (The Australian Ballet). Features many spectacular clips from The Wiggles live in concert, from some of their biggest shows from around the world. There’ll be celebrations, building with blocks, games and dress ups, weather reports and a puppet show!